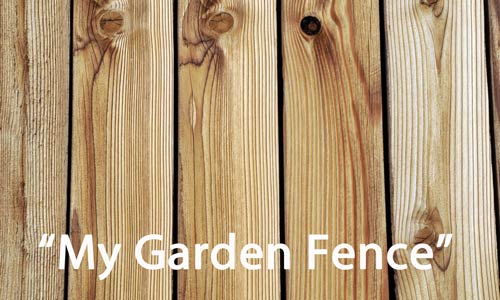 There was a little boy with a bad temper. His father gave him a bag of nails and told him, every time he lost his temper, to hammer a nail into the garden fence.

Finally, the day came when the boy didn’t lose his temper at all. He told his father about it and the father suggested that the boy now pull out one nail for each day that he was able to hold his temper.

The days passed and the young boy was finally able to tell his father that all the nails were gone. The father took his son by the hand and led him to the fence. He said, “You have done well, my son, but look at the holes in the fence. The fence will never be the same. When you say things in anger, they leave a scar just like these holes.”

“You can put a knife in a man and draw it out but, it won’t matter how many times you say you are sorry, the wound is still there.”

A verbal wound is as bad as a physical one. When we abuse others, verbally or physically, we leave a lifelong scar. Yet, people are precious and equal; created by the same God, and we don’t hold ownership rights over anyone!

We need each other, not to demean but to share a common joy, beauty and love.

May the wounds that we inflicted on Jesus, on His way to Calvary, be no more!